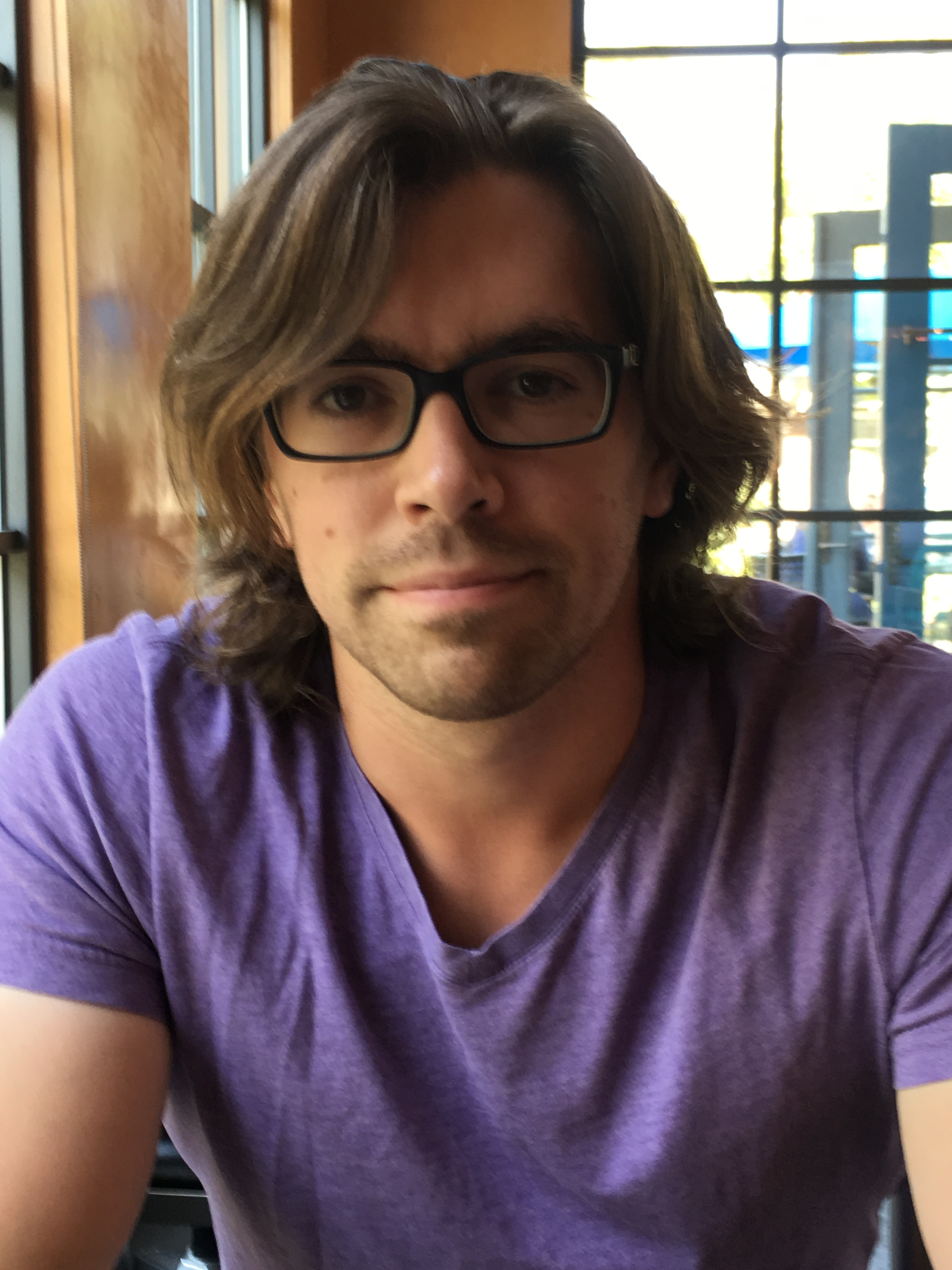 I am a postdoctoral researcher at Oxford in the Centre for Topological Data Analysis. My research concerns applied algebraic topological approaches to dynamical systems. I completed my PhD at Rutgers University under Konstantin Mischaikow, with the support of a NSF Graduate Fellowship. I spent half of 2018 as an NSF GROW Fellow at VU Amsterdam working with Rob Vandervorst. I was a long term visitor at the Mathematical Biosciences Institute over the fall of 2016 and an NSF EAPSI Fellow at Kyoto University with Hiroshi Kokubu over the summer of 2013. Here is a brief CV.

Broadly speaking, I am interested in the development of mathematical theory and computational tools for the analysis of nonlinear or high-dimensional data generated by dynamical systems. I typically work within the realms of applied topology or computational dynamics, in particular on computational Conley theory, connection and transition matrix theory, and topological data analysis. I'm also interested in the applications of these tools to sytems biology and general data analysis. For more details, see my research statement or google scholar page.

With Stefanos Leonardos and Georgios Piliouras.
Abstract: The interplay between exploration and exploitation in competitive multi-agent learning is still far from being well understood. Motivated by this, we study smooth Q-learning, a prototypical learning model that explicitly captures the balance between game rewards and exploration costs. We show that Q-learning always converges to the unique quantal-response equilibrium (QRE), the standard solution concept for games under bounded rationality, in weighted zero-sum polymatrix games with heterogeneous learning agents using positive exploration rates. Complementing recent results about convergence in weighted potential games, we show that fast convergence of Q-learning in competitive settings is obtained regardless of the number of agents and without any need for parameter fine-tuning. As showcased by our experiments in network zero-sum games, these theoretical results provide the necessary guarantees for an algorithmic approach to the currently open problem of equilibrium selection in competitive multi-agent settings.
Submitted. Here is the arxiv preprint (2021).

With Shaun Harker and Konstantin Mischaikow.
Abstract: We introduce the notion of a template for discrete Morse theory. Templates provide a memory efficient approach to the computation of homological invariants (e.g., homology, persistent homology, Conley complexes) of cell complexes. We demonstrate the effectiveness of templates in two settings: first, by computing the homology of certain cubical complexes which are homotopy equivalent to Sd for 1 ≤ d ≤ 20, and second, by computing Conley complexes and connection matrices for a collection of examples arising from a Conley-Morse theory on spaces of braids diagrams.
Submitted. Here is the arxiv preprint (2021).

With Hannah Alpert, Uli Bauer, Matt Kahle, and Bob MacPherson.
Abstract: We study the configuration spaces C(n;p,q) of n labeled hard squares in a p by q rectangle, a generalization of the well-known "15 Puzzle". Our main interest is in the topology of these spaces. Our first result is to describe a cubical cell complex and prove that is homotopy equivalent to the configuration space. We then focus on determining for which n, j, p, and q the homology group Hj[C(n;p,q)] is nontrivial. We prove three homology-vanishing theorems, based on discrete Morse theory on the cell complex. Then we describe several explicit families of nontrivial cycles, and a method for interpolating between parameters to fill in most of the picture for "large-scale" nontrivial homology.
Submitted. Here is the arxiv preprint (2020).

With Bree Cummins and Tomas Gedeon.
Abstract: We present a theoretical framework for inferring dynamical interactions between weakly or moderately coupled variables in systems where deterministic dynamics plays a dominating role. The variables in such a system can be arranged into an interaction graph, which is a set of nodes connected by directed edges wherever one variable directly drives another. In a system of ordinary differential equations, a variable x directly drives y if it appears nontrivially on the right-hand side of the equation for the derivative of y. Ideally, given time series measurements of the variables in a system, we would like to recover the interaction graph. We introduce a comprehensive theory showing that the transitive closure of the interaction graph is the best outcome that can be obtained from state space reconstructions in a purely deterministic system. Our work depends on extensions of Takens' theorem and the results of Sauer et al. [J. Stat. Phys., 65 (1991), pp. 579--616] that characterize the properties of time-delay reconstructions of invariant manifolds and attractors. Along with the theory, we discuss practical implementations of our results. One method for empirical recovery of the interaction graph is presented by Sugihara et al. [Science, 338 (2012), pp. 496--500], called convergent cross-mapping. We show that the continuity detection algorithm of Pecora et al. [Phys. Rev. E, 52 (1995), pp. 3420--3439] is a viable alternative to convergent cross-mapping that is more consistent with the underlying theory. We examine two examples of dynamical systems for which we can recover the transitive closure of the interaction graph using the continuity detection technique. The strongly connected components of the recovered graph represent distinct dynamical subsystems coupled through one-way driving relationships that may correspond to causal relationships in the underlying physical scenario.
Here is an official version in SIAM Journal on Applied Dynamical Systems.

With Jesse Berwald and Tomas Gedeon.
Abstract: Complex dynamical systems, from those appearing in physiology and ecology to Earth system modelling, often experience critical transitions in their behaviour due to potentially minute changes in their parameters. While the focus of much recent work, predicting such bifurcations is still notoriously difficult. We propose an active learning approach to the classification of parameter space of dynamical systems for which the codimension of bifurcations is high. Using elementary notions regarding the dynamics, in combination with the nearest-neighbour algorithm and Conley index theory to classify the dynamics at a predefined scale, we are able to predict with high accuracy the boundaries between regions in parameter space that produce critical transitions.
Here is an official version in Mathematical and Computer Modelling of Dynamical Systems.

slides | video for an introductory talk on Conley-Morse theory for maps, with an application to game theory given at the Fields Institute Symposium on Machine Learning and Dynamical Systems and the Oxford Applied Topology Seminar.

slides for a talk given at the SPIRES 2019 Conference on TDA, ICMC Summer Meeting on Differential Equations 2019, Workshop on Applied Topology 2019 and the Fall 2018 AMS Eastern Sectional Meeting.

slides for a talk given at the CRM 2019 Workshop on Data Driven Dynamics, the SUNY Albany Algebra/Topology Seminar, the Fall 2018 IAS-Penn-Rutgers joint workshop Identifying Order in Complex Systems, and the UPenn Applied Topology seminar.

slides for a talk at the Applied Algebraic Topology Conference in August 2017.

slides for a talk at the MBI Visitor Seminar in December 2016.

My Ph.D. dissertation is available here. Roughly one third of the thesis is the material contained in A Computational Framework for Connection Matrix Theory.

Over the summer of 2015 I worked with Fred Chazal at INRIA Geometrica (now INRIA Datashape) on detecting periodicity in data. A white paper from the 2015 NSF Data Science Workshop is here and a poster here.

In Fall 2019 I was a TA at Large for Math 252: Elementary Differential Equations.

In Fall 2017 I was a TA for Math 244: Differential Equations for Engineering and Physics at Rutgers.

Over summer 2017 I was the instructor for the introductory algebra course (Math 351) at Rutgers University. The textbook we used was baby Hungerford. Here are some lecture notes I wrote for the course, which were popular among the students.

In Spring 2018 I was TA for both Calculus II and Linear Algebra for Business Analytics at VU University in Amsterdam.